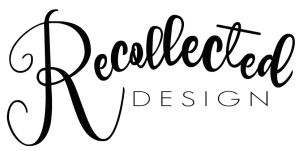 It feels entirely weird to not type “Day :: 30-something” up there in the title… I really really enjoyed writing for the whole month of October in the 31 days series… I’m a little sad that it’s over… I think I may need a new goal or series! Any suggestions??!

So today is November 3… and the fall frenzy is officially upon us. Silly me thought this wouldn’t be the case since the boy graduated and there were no more marching band competitions and plays and football games and concerts to manage and attend. So naive of me…! We (I) already started off this first November weekend with last minute sewing Friday afternoon, a Halloween date Friday night with my sweet sister-in-law where we ate most of her pizza and half of their candy (only 6 trick or treaters came…so there was a surplus…we couldn’t let it waste away…), the Fall Festival on Saturday day, frantic shopping Saturday night (because you can’t let an out of town aunt leave without stuffing her in a car with her relatives and carting her to 9 stores in search of half price candy and shoes for the boy…), church on Sunday morning, a couple of forgotten errands and a band practice late in the afternoon. (I use that term “band” loosely by the way…it’s a work in progress…stay tuned…) Dinner, understandably, was take out. I haven’t cooked a full meal since Thursday…

My eyes are officially being held open with toothpicks…and I wonder if you got the license plate number of the truck that ran over me? At least that’s how my body feels..!

But back to the festival…. 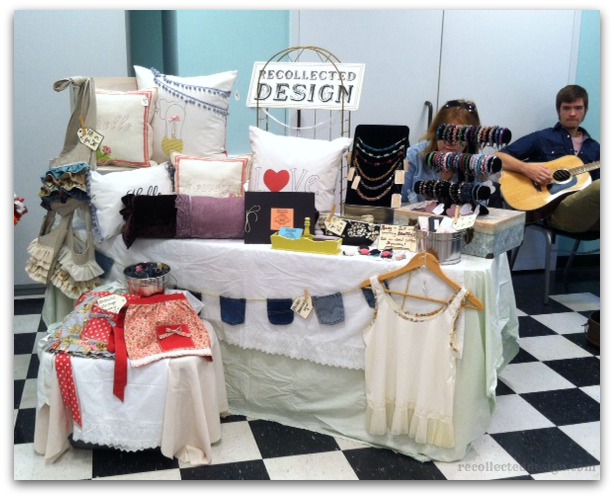 …the scene on Saturday… my best girl working feverishly behind our table and the boy providing soothing sounds to shop by! ha! Really he was just waiting for his voice accompaniment so they could work on some music…

I see now our purple bolster pillow was hiding my “Hello” pillow just behind it… craft booth staging tip #1: always do a dry run of your booth before you get to the show and call it good…or at least look at the picture you take on your iPhone after you get it set up to check for the scene stealers.

There were nice people, funnel cakes and lots of hugs… in an effort to raise some money for a charity… The preacher was jolly but I think the boy was cuter… but I could just be a little biased… 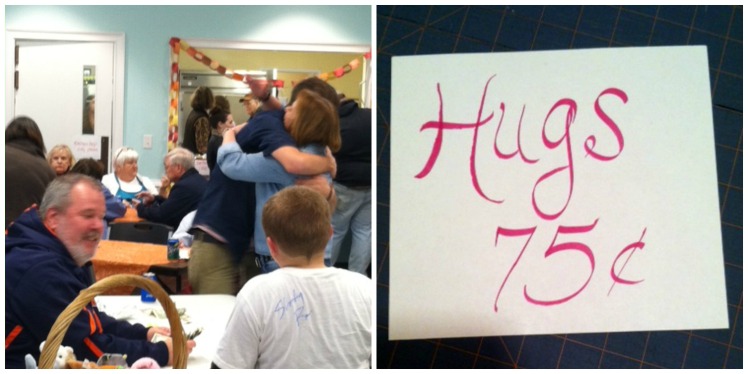 There was just a sprinkle of rain (hallelujah!) and just enough wind to dry it up. It was awesome to see our church community come together to serve and share because that’s what it’s all about right?

Overall, a fun time was had by all and I’m officially exhaustificated… what’s my name again?

How did you guys spend your weekend?

7 thoughts on “A Frenzied Fall {Festival}”